Australia’s system of representative democracy is controlled by the major political parties, who bend it to their own purposes, leading to widespread voter dissatisfaction. Managing editor David Donovan considers Australia’s party political duopoly. James Madison, the fourth US President

Like most democracies in the world, Australia has what is known as a “representative democracy”. According to Carmen Lawrence, this form of Government was not even considered a true form of democracy in the early days of the United States republic. Lawrence, a former WA Premier and Federal cabinet minister, who went on to become the national president of the Labor Party within six months of making these statements, explained the difference between direct democracy and representative democracy at a public lecture at the University of WA in August 2003:

“As we contemplate the health of our democracies, we should be reminded that the evolution of modern representative democracies was accompanied by a “powerful distrust of the people”, of the poor, the poorly educated and women, who were initially excluded altogether and had to fight to gain suffrage. This distrust – and the practical difficulties of operating direct democracies in large populations and territories – was one of the reasons that representative government gained favour over more direct, Athenian forms of democracy.”

James Madison, one of the US founding fathers, said US citizens could not be trusted to identify the “permanent and aggregate interests of the community” [1]. This was a task best left to elected representatives chosen by the people, he said, not the people themselves. Thomas Jefferson described this system as an “elective democracy”. [2]
It is now widely agreed that representative democracy is a valid form of democracy, but only where elected representatives truly represent the interests of those who elect them. Where other interests take precedence – their own, or another person’s or entity’s – then the system becomes what is called a “thin democracy”. [3]
In this century in Australia, political parties have had the most impact on our system of democracy. Indeed, as far back as 1941, E.E. Schnattschneider asserted that

“…modern democracy is unthinkable save in terms of political parties”. [4]

Dalton and Wattenberg suggest political parties are valuable assets, providing structure and coherence to the system:

However, because political parties are central to the way our system works, almost all aspiring Australian politicians must join a major political party and gain pre-selection to achieve a seat in Parliament. This directly leads to the situation where, for most politicians, their primary loyalties lie not with their constituents, but instead to a corporate entity — the political party.

in Search of Democracy: Part 7 How Democratic is Australia 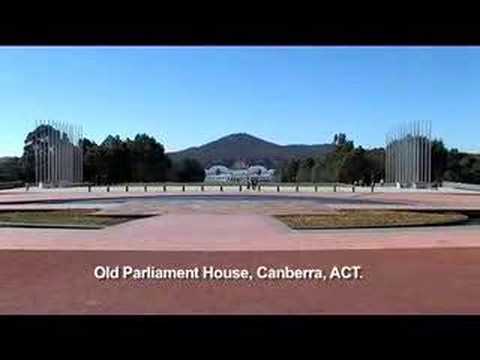 “…it’s no good assaulting the TV set, we know how the system works, the importance of unity and the strength of political aspiration. In politics, even the best of men and women would usually sell their grandmother for the chance of office….once you’re on the ladder it becomes harder to be outspoken.” [6]

Despite their virtual duopoly in Parliament, political parties cannot even remotely claim to be representative of the wider community or its interests. In 2006, for instance, the Australian Bureau of Statistics put the total party membership in Australia at just 1.3 per cent of the adult population and falling. [7]
And according to Lawrence, political parties routinely put forward candidates that are not reflective of the wider society, leading to public mistrust:

“What kind of representation is it where the candidates are not even remotely typical of the wider society, even using crude indicators such as age, gender, income and occupation? Voters need to feel that their representatives – at least in aggregate – can understand their circumstances and have sufficient identity with them to press their interests. The greater the distance of representatives from electors, the greater the mistrust. These weaknesses begin with the political parties who determine who will be presented to the community for election and who govern the behaviour of their members in law making.” [8]

It is clear that political parties do exercise powerful control over elected representatives and the way they vote. Academic John Power points to “the problem caused by rigid party discipline” [9].
Carmen Lawrence deplored the control exercised by the Executive and the party room:

“While most MPs…are conscientious, they are largely unable to influence the legislative or policy agenda except behind the closed doors of the party rooms. Even then, there is often little room to manoeuvre because decisions have already been made by the Executive. Matters which deserve free and open consideration are often submerged because of anxiety about dissent. The media feeds this paranoia by portraying even the most minor disagreements as tests of leadership or signs of party disintegration.” [10]

Power also identified Executive Control of the legislative process as a weakness in the Australian democratic system. [11]
To sum up, there is no doubt that representative democracy has provided a degree of stability to our system. However, this stability does nothing to allay the general feeling of dissatisfaction in our society that we are being poorly served by our party political representatives. Australians see our system as dysfunctional because party politics is aggressive, obstructionist and undemocratic, and leads to generally poor standards of governance. People should feel unease about our system, as it is indeed deeply flawed — and the flaws all stem from the stranglehold held over our democracy by an unrepresentative party political duopoly.

This work is licensed under a Creative Commons Attribution-NonCommercial-NoDerivs 3.0 Australia License

Book your next holiday today

it’s simple just make contact with us and one of our team members will assist you.